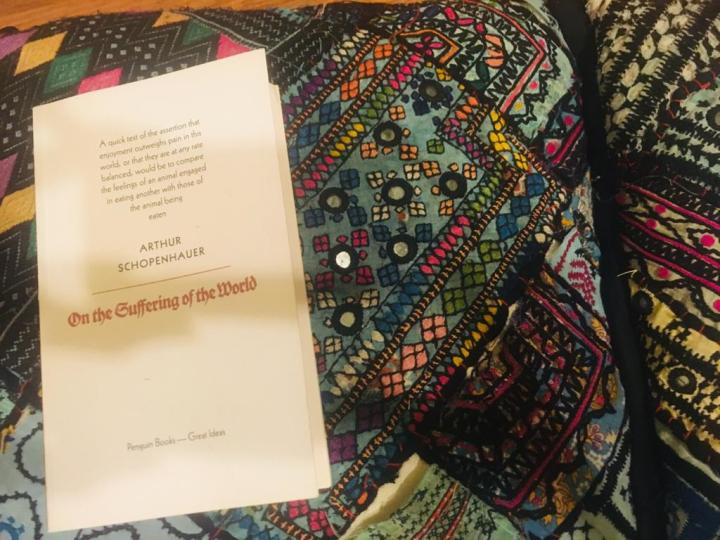 Life is a loan received from death, it’s a dream and death an awakening.

Arthur Schopenhauer, a German philosopher from the late 18th century, is known in academic circles as a pessimist.

He calls life a suffering, and man, being the intelligent creature he is, essentially bored. This boredom he fills with numerous wants and desires; expensive clothes, holidays and also love. In working towards a goal, he kills boredom, but once he reaches it, he is bored again and preoccupies himself with the next project.

He goes on to say most people are oblivious to the suffering of life and live in the moment enjoying the small things. But time is so fickle, that each moment that goes by is the past and no one knows what the next moment holds, so is it even worth enjoying this moment?

He gives the example of a man going for surgery who has been given a strong dose of anesthesia. He does not feel physical pain because his brain does not register it, even though his body is being torn apart. A spiritually weak man is a similar creature. The more knowledge one gains, the more one is aware of the suffering every day.

I particularly enjoyed his take on the cycle of life, where based on established social norms, a man and woman marry and raise a family.

“If the act of procreation were neither the outcome of a desire nor accompanied by feelings of pleasure, but a matter to be decided on the basis of purely rational considerations, is it likely the human race would still exist? Would each of us not rather have felt so much pity for the coming generation as to prefer to spare it the burden of existence, or at least not wish to take it upon himself to impose that burden upon it in cold blood.”

He says he believes in ascetism which he describes as “the denial of the will to live”. Although, he calls this the true Christian philosophy, the concept is also part of Islam, in the form of Zuhd or detachment. Where one lives like a traveler, and does not hold on to too many worldly things.

Perhaps, this exchange sums it up best.

Man: But what do I get from existence? If it is full I have only distress, if empty only boredom. How can you offer me so poor a reward for so much labour and so much suffering?

Spirit: Should I tell him that the value of life lies precisely in this, that it teaches him not to want it? 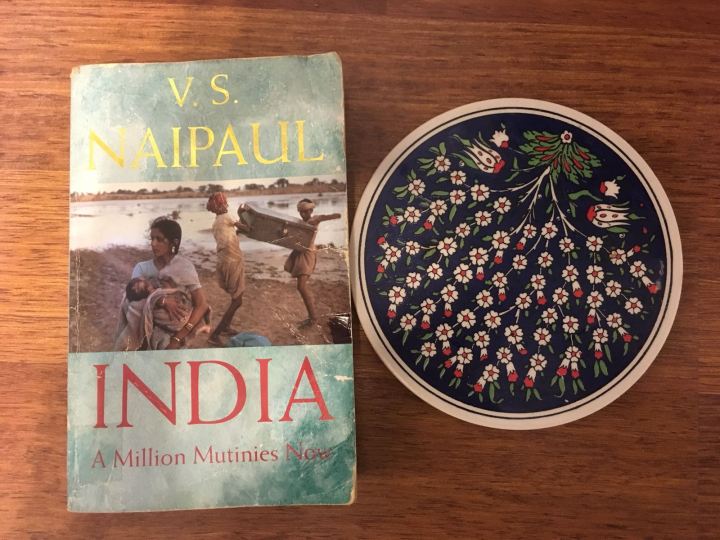 V.S. Naipaul takes layers off India, exploring the various intricacies of this vast country which juts out like a giant triangle on the map of Asia.

I like to believe Naipaul came to India looking for answers about his own identity. Having grown up in an Indian household in Trinidad, there must have been dinner talks about this exotic, faraway land. And if had not been for the British Raj, his ancestors would never have been shipped off to work on plantations in the Caribbean.

The book enfolds as snippets of conversation, characters telling stories, and Naipaul adds context to it.

It starts with Bombay, the glittery Bollywood capital, and a city close to my heart.

“Bombay is a crowd,” Naipaul says as he walks the reader through the Muslim ghettos near Mohammad Ali Road. My father says it was named after my great great grandfather Mohammad Ali Roghay, a contemporary of Sir Syed Ahmed Khan.

I don’t think it’s a fact but I like to believe it is.

Naipaul talks about the dreams and aspirations people come to Bombay with and the crumbling apartment blocks which greet them – “such a mismatch between dreams and reality”.

In Bombay, Naipaul interviews a struggling writer from Calcutta who hopes to make it big in commercial cinema.

When he finally finds works, he realizes his ideas, lofty as they are, have no room in the  film business, where like in most other instances in life, mediocracy rules. But he’s a romantic and he reflects:

“The joy of an artist is not think about success and failure, but just to go on.”

“Many of the things I had worked on had remained at the ideas stage and ideas can be brilliant.”

Through him I was able to connect the dots between the recent wave of arrests of left-wing ‘urban naxalites’ for mass Dalit protests across India.

‘Periyar’ means wise man in Tamil. The South hero-worships him. The South is also the hotbed of Tamil insurgency.

Periyar, a contemporary of Gandhi, led the movement for the rights of Dalits in Tamilnadu in the 20th Century.

He was against vegetarianism and made it a point to eat beef.

In the state of Kerala in the 1920s an incident caused him to breakaway from Gandhi. A Congress school propagating Gandhian thought was serving food to Brahmin and non-Brahmin students separately. When the matter was reported to Gandhi, he responded with light-hearted humor. Periyar took offence, and parted ways.

In 1925, Periyar formed the Self-respect Movement and began his 50-year-long fight against the Brahmin caste. He propagated marriages without priests and “a crude kind of socialism”. He campaigned for a non-Brahmin state called Dravidistan, and by the 1950s publicly broke idols of Hindu gods, to prove that they were only made of clay.

Next, Naipaul travels to Bengal, the land of Rabindarnath Tagore, the poet who moved from house to house as he quickly got bored at one place, a sign “perhaps of the self-indulgence of the Bengali aristocrat”.

His description of Calcutta, Bengal’s capital, could be of any other city in South Asia. Over-crowded, polluted and crumbling. It reminded me of Karachi, my city, with its plethora of problems.

“But I was overpowered this time by my own wretchedness, the taste of water, corrupting both coffee and tea as it corrupted food, by the brown smoke of cars and buses, by the dug-up roads and broken footpaths, by the dirt, by the crowds; and could not accept the consolation offered by some people that in a country as poor as India the aesthetic side of things didn’t matter.”

“Now it occurred to me that perhaps this was what happened when cities died. They didn’t die with a bang; they didn’t die only when they were abandoned. Perhaps they died like this: when everybody was suffering, when transport was so hard that working people gave up jobs they need because they feared the suffering of the travel; when no one had clean water or air; and no one could go walking. Perhaps cities died when they lost the amenities that cities provided, the visual excitement, the heightened sense of human possibility, and became simply places where there were too many people, and people suffered.”

Naipaul enters Lucknow, the heartland of the Pakistan movement, the city of Nawabs where people spoke chaste Urdu and poets were revered.

By the 80s, the middle and upper class had already migrated to Pakistan in waves and those left behind were confined to Muslim ghettos – where cousin marriages were rife and people multiplied like rabbits.

My favourite story in the entire book is of the last Nawab of Lucknow who was once the treasurer of Muslim League.

In 1947, when Pakistan became independent he left along with his wife and son, who narrates his story, taking with him only “some books and carpets”.

In 1957 he gave up his Indian passport. Jawarhalal Nehru tried to change his mind, but he was relentless in the love for his new country. In Pakistan, he tried his luck in politics – but it did not work in his favour, for he was a Shia and Mohajir (migrant) – an outsider in short, in the Sunni-Punjabi dominated state-of-affairs. The rest of his life he spent like a wanderer – shuttling between Iraq and London.

“I think it was almost a life of penance, you see. I felt it was necessary for him to undergo the same process of homelessness that other people had gone through when they left India and went to Pakistan.”

When Bangladesh parted from Pakistan in 1971 “it was a shock from which my father never really recovered.”

About being Muslim in Lucknow after Pakistan, his son says:

“It’s like the Buddhist idea ‘Not this, not this’. I am an Indian but the temple is not for me. I’m a Muslim but in its details my faith cannot be the same faith as the one in Afghanistan, or Iran, or Pakistan. I speak Urdu. I greet people in the Lucknow Muslim way. I say ‘My respects to you’ instead of ‘Peace be upon you’.”

Partition affected all of us in ways that will take years to recover. It divided families. It confused so many of us, because ‘the other’ is so much like my self. He eats my food, shares the color of skin, speaks my language – and always connects over a cup of milk tea and Bollywood.

Naipaul set off on his journey with the same questions and in the process helped our diaspora find common ground.