Karachi
She goes to school on a wheel chair. Because two men on a motorbike shot her father dead; when she screamed they shot her thrice. She was making too much noise. That’s what the killers confessed to the police.
The men belonged to a banned militant outfit. They wanted Pakistan to be a Sunni state—their kind of a Sunni state.
Mehzar is 14 now. She has a hole in her neck—it goes right through her throat—the skin has covered it now but the scar remains. It reminds her of the 40 days she spent on a ventilator, she breathed through an oxygen mask, and ate food through a tube inserted in her neck.
When she gained consciousness she asked everyone where her father was. Everyone told her that her father was very sick. But she knew they were lying. She had watched her father die—and then she had fainted. 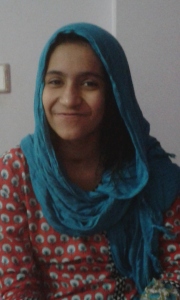 In November 2012, Syed Nazar Abbasi and Syeda Mehzar, father and daughter were heading to school, when two men on a motorbike opened fire at Shaheed-e-Millat Road. Nazar died, Mehzar survived.
Two years and several surgeries later, Mehzar is confined to a wheelchair. Doctors say that her legs have twisted to an awkward angle and she might never be able to walk again.
Her mother refuses to believe them. “My Maula makes miracles happen.” That’s what she said to the doctors when Mehzar was fighting for her life on a ventilator. The doctors had given up. But this mother insisted a miracle was around the corner.
As compensation the family received Rs5000,000. Out of that Rs200,000 went for the initial surgery and treatment. After three months Mehzar was allowed to go home but only if she continued getting regular physiotherapy. That took away Rs70,000 a month.
When the compensation money drained out the family took her to a cheaper physiotherapist. But he spoilt the position of her legs.
Sometimes she gets bed sores. The last time she got one, she was sick with fever for a whole month. Her kidneys give problems too. Doctors recommend her to drink lots of water.
And then there is the trauma. For a year she missed out school. She would scream and get very angry. Her family took her for psychotherapy. She still gets very angry. And scared when men on motorbikes get near her car.
“Did you ever think I would be confined to a wheelchair like this?,” she asked her aunt at a family wedding. That was the only time she ever talked about the incident in two years. 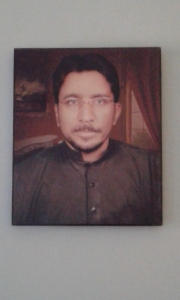 “She doesn’t talk about the incident. Or her father, but I know she misses him very much,” says her mother.
Mehzar started school last year. She is preparing for her grade nine exams. When she takes a break from studies she watches television. There was snowfall in Murree, says the news bulletin. She oohs and aahs. “I want to see the snowfall too,” she laughs.
When she gets older she wants to design houses. Paint colours. Bright colours—blues, reds, yellows. 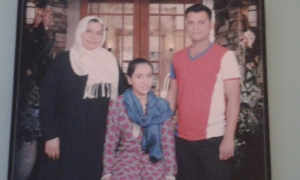 The family shifted to a new apartment. The old one did not feel safe. They sold off most of their furniture. This house is too small, they say.
Their toilet seat broke today. “Thank God Mehzar was not sitting on it,” says her mother. “It is hard for me to pick her now. My back hurts. Don’t tell her. She gets very angry.”
Life for them will never be the same. It is slipping out of their hands. They want to leave the city, and the country— it has too many painful memories.
And what has Mehzar got to say. “Nothing,” she shrugs, and buries herself in her books. There is no time to mourn.

As I write Mehzar’s story another blast has ripped through a Bohri Masjid in Karachi’s crowded Saddar. Two people died, and several are reported injured. I dread to think that they will go through the same fate Mehzar did. For this is how life is after a sectarian attack.