I first read about the book in a New York Times article where the outgoing US President Barack Obama, a voracious reader, mentioned that he had included the Golden Notebook in a Kindle collection he had presented to his teenage daughter Malia.

Interestingly, weeks later I found it lying in my husband’s bookshelf. He recommended it, adding that it was an important feminist voice in contemporary literature. The author Doris Lessing won a Nobel Prize in Literature in 2007 for her work, which included the Golden Notebook. 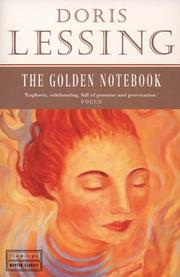 The book is over 500 pages long, and looks into the mind of a writer, who keeps her thoughts, writings, diary, and bits of newspaper clippings in four different notebooks.

It is difficult to keep track, because it is not written in chronological order, and you drift from one notebook to the other, but as you read on the dots connect. The protagonist Anna Wulf is a novelist, single-mother, communist, and a feminist.

She asks questions that many women can relate to.

“Being so young, twenty three or twenty four I suffered like so many ‘emancipated girls’ from a terror of being trapped and tamed by domesticity.”

A character in Anna’s novel Ella, which heavily borrows from her own life and experiences, falls in love with a married man, who finds her too career oriented, and leaves one fine day for Nigeria, on a work-trip. She never hears back from him. Years later she finds out he is in town visiting, and she waits for him every day at her window, the front lights of the porch switched on, hoping that he walks in. She fails to put words to the emotions— unsure if she can call it love.

“To show a woman loving a man one should show her cooking a meal for him or opening a bottle of wine for the meal, while she waits for his ring at the door. Or waking in the morning before he does to see his face change before the calm of sleep into a smile of welcome.”

“I ought to be like a man, caring more for my work than for people; I ought to put my work first, and take men as they come or find an ordinary comfortable man for bread and butter reasons—but I won’t do it, I can’t be like that…”

I have had these thoughts. Would it have been easier if I had found an ordinary man for bread and butter reasons? But no, I can’t be like that.

As the book concludes the protagonist Anna realizes that the main character of the novel Ella is in fact her own embodiment. “I, Anna, see Ella. Who is of course, Anna.”

The final chapter in the book called the Golden Notebook, details how Anna finds freedom, comes to term with her life, finds peace, and discards all four of her notebooks.