Payal* was born a boy. But at 33, she looks like any other woman with her long hair and carefully applied pink lipstick. The transformation cut her off from her family and ostracised her from the society.

“Those were tough times,” she recalls. “It was only when I reached the sixth grade at school I began to feel uncomfortable in my body.”

She would hide from her family and apply makeup on her face. Or stand in front of a mirror and cover her head with a dupatta. “I felt like an alien. I could not picture myself as my father when I grew up. I wanted to be like my mother. It was a feeling no one understood.”

At school she was bullied for being a sissy. The neighbourhood boys made fun of the way she walked. That she would always be an outcast was a fact she settled down with early on in life… until she was introduced to a community of transgender people where she found peace. “I could wear makeup and talk like women – without being judged,” Payal says.

But the ghettos that they lived in had problems. The society had reserved certain roles for them: they could dance at weddings, beg on the streets or sell cheap sex. There was a time when Payal got a job as a receptionist at a private office for Rs15,000 a month, but as her identity was revealed and rumours started spreading at the workplace, she was asked to resign quietly. 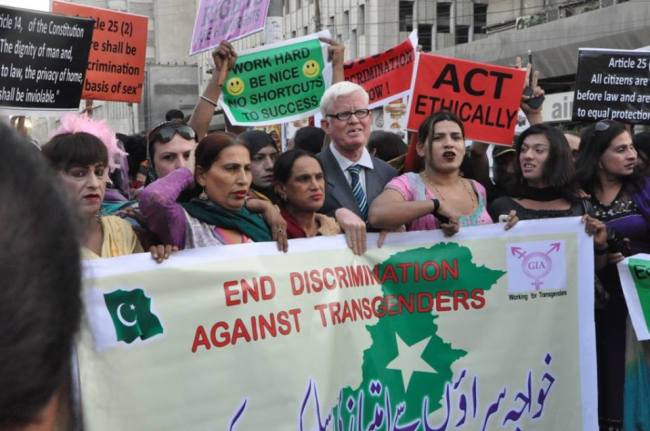 There are 70,000 transgender people in Sindh alone, according to the community leaders. As their movement to get equal rights in the society and acceptance in public space picks up, there is a need to understand who they are. Is being transgender a physical or mental disorder? Is it nature or nurture?

Nausheen Salim, a senior instructor at Aga Khan University Hospital who specialises in sexual health, says being a transgender person is a physical condition rather than a psychological problem. She divides the transgender people into three broad types.

“The first kind is hermaphrodites. This is a rare disorder where a person may have both male and female organs. A person who looks like a male and has male sexual organs may internally have female anatomy. So there have been instances that a young boy when he hits puberty suddenly begins to menstruate.”

In case of an imbalance, there will be visible problems in both women and men, such as overgrowth of hair in women or a female voice in men. “But when the imbalance is drastic, a person may want to copy the opposite sex,” says Salim. “It is not something that an individual can control. You are born with an identity disorder.”

The third kind is a different story altogether. “Young boys are picked up by gangs and castrated. They are then used by the begging mafia. Others dress up as women due to severe poverty and beg for a living.”

Dr Ayesha Mian, the head of the Aga Khan University Hospital’s psychiatry department, states that being transgender is something that cannot be undone. “If a child is copying another sex, it may be because of anxiety or some other factors. This can be treated. But if the cause is because of hormonal imbalance, it cannot be cured.”

“It is not a mental state like depression which can be fixed. If a parent finds his child acting like the opposite sex after he hits puberty, he should seek professional help. And then the transformation should proceed in a healthy way,” said Mian.

Salim also agrees. “Even in normal circumstances, puberty is a confusing phase for children. Most parents don’t inform their children about why their body is undergoing changes. And in the case of a transgender, it is even more difficult, because no one understands them.”

Payal is hopeful of the campaign her friends in the transgender community have started. It has managed to get them a legal identity, voting rights and government jobs. But she understands that the time when she can compete on equal terms for a job as a doctor, engineer or journalist will take years to come. “After all even women are not taken seriously yet. And they have been fighting for their rights since the 80s.”